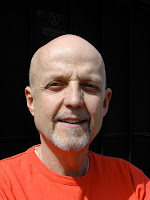 Please welcome author Ron Koertge to GreenBeanTeenQueen! Mr. Koertge is the author of Shakespeare Bats Cleanup, and it's upcoming sequel Shakespeare Makes the Playoffs, as well as many other YA novels.

1. Why do you write for teens?

Since I've got a few miles on me (70 in April), I never started out wanting to be a YA writer. Not many people from my generation did and not many men, for sure. And nobody from my pathetic little hometown. Poetry was bad enough, but I couldn't tell anybody about that, either. I've turned out to be a pretty good poet for alleged adults (though any high school kid would like my poetry), but I wanted to be a novelist, too. I did publish one novel foradults twenty or so years ago but the next ones were failures. Pathetic and embarrassing. Unpublishable. That's when a friend of mine reminded me what a persistent adolescent I was (I have a sort of an Inner Teen with a smart mouth), so why not write for other adolescents? I tried, and it worked!

2. Why did you choose to write about baseball?

I've been a fan pretty much all my life. I went to high school near St. Louis, Missouri, so I liked the Cardinals.

Like most boys in the 40's and 50's I played baseball nine months or so of the year. Just pick-up games, nothing very organized. Like Kevin, I was a first baseman because the glove I got for my birthday was a first baseman's mitt. I didn't think as much about poetry as Kevin does in my two Shakespeare books, but things registered -- like which of the guys I played with were truly gifted athletes and what would they be able to do with that gift?

3. You've written many novels, some in verse format and some not. Is it easier or harder to write books in verse?

Well, that's comparing apples and oranges. Or iMacs and Dells. I don't think in terms of "hard," anyway. I like challenges. I've had friends of mine -- teachers in an MFA program I'm part of -- say that they could do the novel part of a novel-in-verse but not the verse part. I understand that; it does seem like two problems. But since I've written poetry for more than forty years, I'm tight with Poetry. Poetry and I are pals. I'm not scared of Poetry like I would be play-writing, for instance (about which I know zip.) I wrote the first Shakespeare book (Shakespeare Bats Cleanup) because I was writing fairly simple poems that I knew weren't publishable on their own. I remember thinking, "Hmmm. What if there was a kid who'd write simple poems about his hobby, his parents, etc?" I made a couple of false starts, then killed off his mother, made him a ball player, gave him mono, and suddenly I was in business.

4. Can you tell us anything about what you're working on next?

I thought it might be a teen version of "The Canterbury Tales." I've been caressing that idea for quite a while, seeing if I can get it to purr. I was a medievalist in grad school and I always liked Chaucer. But now there's a chance I'll want to revise a flock of poems about the Greek gods. My editor wonders how many kids are interested in Zeus and his cronies, but I think if the poems are interesting enough, they'll get read.
(Yes, I think there's tons of readers interested in Zeus and his cronies!!)

5. Since the book has to do with baseball, I have to ask who your favorite team is.

I live about 4 miles from Chavez Ravine and follow the Dodgers, but I really like the AAA affiliates scattered around Southern California. My wife and I went to every one of these cool, little ballparks at least once. The Dodger affiliate is the Inland Empire
66ers. But I follow (mostly by looking at the sports page) the Blaze, the Mavericks, and the Quakes. Those guys play hard.
Thanks for visiting Mr. Koertge! Check out this preview:
"The Only Child" by from SHAKESPEARE MAKES THE PLAYOFFS copyright c2010 Ron Koertege. Used by permission of Candlewick Press.

In their living room, Mira's
parents have these paintings:
Mira looking gorgeous,
her mom looking noble,
her dad looking serious.
Then there's this big one
of the whole family.
You know how in most pictures
people look out, like at the camera
or the painter?
In this one, only Mira does that.
The other two look right at her.
They're the bookends.
She's the first edition.