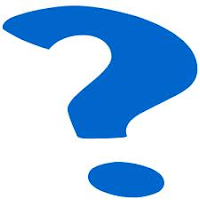 If you've read my blog, you know Mr. GreenBeanSexyman (aka Andy, my husband). He enjoys reading, yet he is the one person who can continually stump me when it comes to finding him something to read.

You see, he loves epic fantasy and that's the one genre I don't really read (well, adult epic fantasy). Here are his rules:

-Swords and Sorcery
-Dragons a plus
-No Guns (although I made him read an article from Brandon Sanderson about his new book with guns and I'm hoping that changes his mind ;)
-Prefer male main characters, but open to some female main characters
-Would like it to be a series that is still being written that has some following and reviews
-Intelligible names-(if he has to look up a pronunciation, chances are he won't read it)
-Complex characters and plot
-No D&D World-he's read many of them

See what I mean?

(He's trying Robert Jordan but says the characters are too simple)

So I'm turning to you, dear blog readers. Will you help me find a book for Mr. GreenBeanSexyMan to read? He's open to adult and some YA.

And dear readers, will you PLEASE help me convince him that if he doesn't like a book he can put it down?? :)