So You Want to Read Middle Grade: Karen Yingling

Karen Yingling is a middle school librarian who loves to post about middle grade books, especially books for boys, on her blog, Ms. Yingling Reads.

On my blog, I try very hard to review brand new books. Students prefer them, and I don't want to get into a rut and keep recommending Paula Danziger or other books of my youth when there are so many fresh and innovative tomes available. When I thought about my "top ten" list for this post, I kept coming back to the books that I love to share. Since I have read all of the hardcover fiction in my library, I have deep emotional attachments to each and every book, but the following is a list of the books that would reduce me to tears if a student lost the last copy and I couldn't replace it. Not being able to share these books would be too sad. Horowitz, Anthony. Stormbreaker (Alex Rider #1) 2000 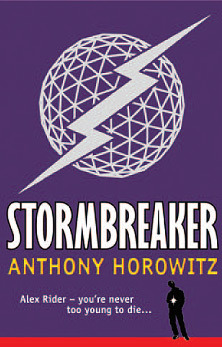 I have probably purchased twenty copies of this, and have at least ten in the collection at all times. Most books in my library have circulated 20-50 times in the last ten years; Stormbreaker has racked up 650 circulations, and that doesn't include the copies that have been lost or deaccessioned because they have worn out. If I had to have a library with only one book, this would be it, because just about every type of student enjoys this, but especially reluctant boy readers. Who doesn't want to be a spy?Robinson, Barbara. The Best Christmas Pageant Ever (1972) 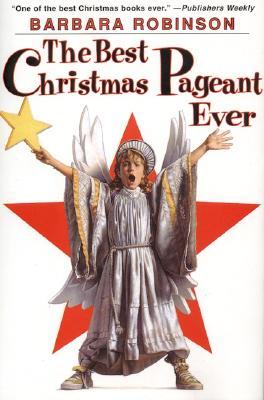 The only book in the library that makes me snort out of my nose with laughter. The quick and dirty answer to everyone's need for a two point Accelerated Reader book OVER a fifth grade reading level. I have about 8 copies, and I think at least half of my students leave my school having read this, if not more! 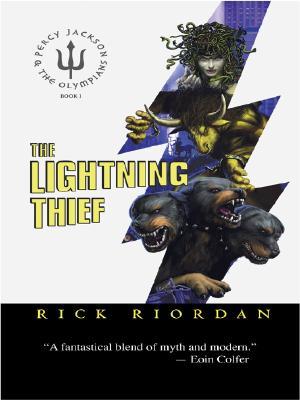 As a former Latin teacher, I was THRILLED to find this cleverly written book incorporating mythology. Even the chapter headings cracked me up. Middle school students adore mythology, even if they don't know it yet, and when this book became popular and led to others, I was ecstatic. I wish Mr. Riordan all the best in the world. 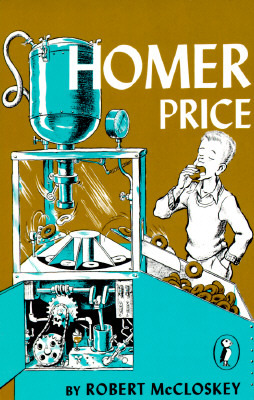 Some stories are truly timeless. Yes, Homer goes to town in a wagon, and the pictures clearly date this book, but the stories are still a funny as they were when father would have read this when it first came out... at the age of nine. My own personal children own a copy and loved to have it read aloud, and when I purchased a new copy for the library, it was checked out constantly... mostly because of students recommending it to each other.

Fantasy fans can be rabid readers, finishing books in a day and wanting more EXACTLY like The Hobbit. But maybe not as long because, while they loved the LOTR movies, they've never gotten further than 20 pages in any of the actual books. My ten page fantasy series list starts with this book, and we have a first edition that has been rebound. It's been read so many times that the cover bends, and the corners of the pages are rounded. Medieval setting, good versus evil, lots of adventure... it's LOTR Lite. Just power past the first three chapters, sweetie. I thought they were a little dull, too. 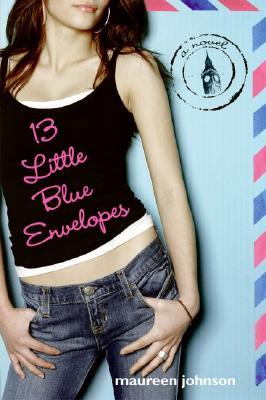 Not that I wanted any of my aunts to DIE, but couldn't they have left ME money when I was 18 so that I could have gone to England and visited Harrods and then traveled all over having adventures just like Ginny? Of course, I wouldn't have left my back pack on a beach in Greece, which would have been a shame, because The Last Little Blue Envelope (2011) was good, too, even though I worried it wouldn't be. Elicits happy sighs from anyone in the vicinity who's read it every single time I recommend it to someone new. I actually owned very few books when I was a child, most bought at school. This might explain why I still have the copy of this book that I received for Christmas when I was in third grade. It was an unusual gift. All three of my children read it, even my son, and my two daughters still reread it. I can't for the life of me explain why I love this so much, even though I reread it occasionally in attempt to figure it out. This is not a book for everyone, but for the right student, the idea of a small cottage in the woods, with trips to the shops for gardening supplies and tea, is utter magic. 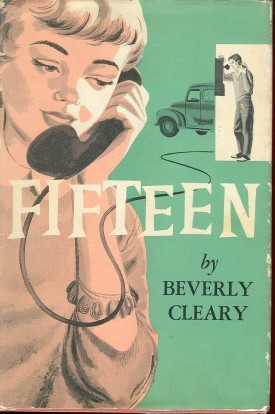 This is almost 60 years old, and yet still in print. Even available in an e Book version! Why? It's the best teen romance EVER. Reading this book captures perfectly the awkward thrill of falling in love for the first time. I reread this one sometimes, too, when being an adult is particularly unpleasant. This book is so vivid a portrayal of this time period that I firmly believe that if I could put my hair in a pony tail, wear bobby socks and saddle shoes with a sweater set and poodle skirt, and talk on the rotary phone while lying on my back with the feet on the wall, I would actually TRAVEL BACK IN TIME. Probably still be dateless, but I'd be in 1956. I would be an awesome spy. No one would suspect me, in my pleated skirts and cardigans, of international espionage. I love Cammie because she is a little reluctant, but still a kick-butt heroine. This is my number one "girl" book for guys to read, because not only do they get the adventure they crave, but they get to see strong, capable girls in action. Sad that the last book is coming out soon. 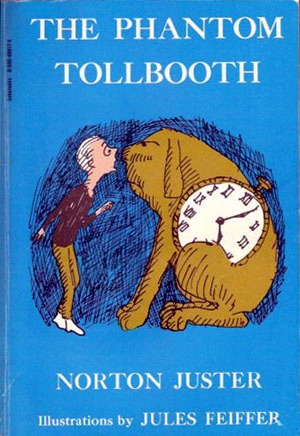 This is the first book I ever recommended to a middle schooler after I became an adult. Again, it's not for every kid, but it's funny and brilliant and means something new every time I read it. It's the only book I will read aloud to students in the stacks. ("There was once a boy named Milo who didn't know what to do with himself — not just sometimes, but always.") I convinced a new teacher to do this as a class novel so I could justify buying the annotated edition and the DVD of the Chuck Jones' cartoon. After thinking for thirty years about what book I would memorize if all the books in the world were being destroyed (ala' Bradbury's Fahrenheit 451) , this is the book I chose.

The danger of working in a school library is that some books DO get damaged, and I DO cry. Leon McClintock's Cross Country Runner (1974) came to grief (somewhat poetically) in the rain at a track meet, and I burst into tears. There are some books I check out with a warning-- do NOT lose or damage this book! I do feel somewhat better now that the Internet has made it possible to get just about any book, but even if I can replace my first editions of Sonia Levitin's The Mark of Conte (1976) or Lois Lowry's Summer to Die (1977), the poor student who loses such a book should hand me a tissue and ask me to sit down before they tell me. New books might capture my interest, but older books often have a firm grasp on my heart.