I'm excited to welcome middle grade author Shelby Bach to GreenBeanTeenQueen! If the middle grade readers at my library are anything like yours, fairy tales are huge! 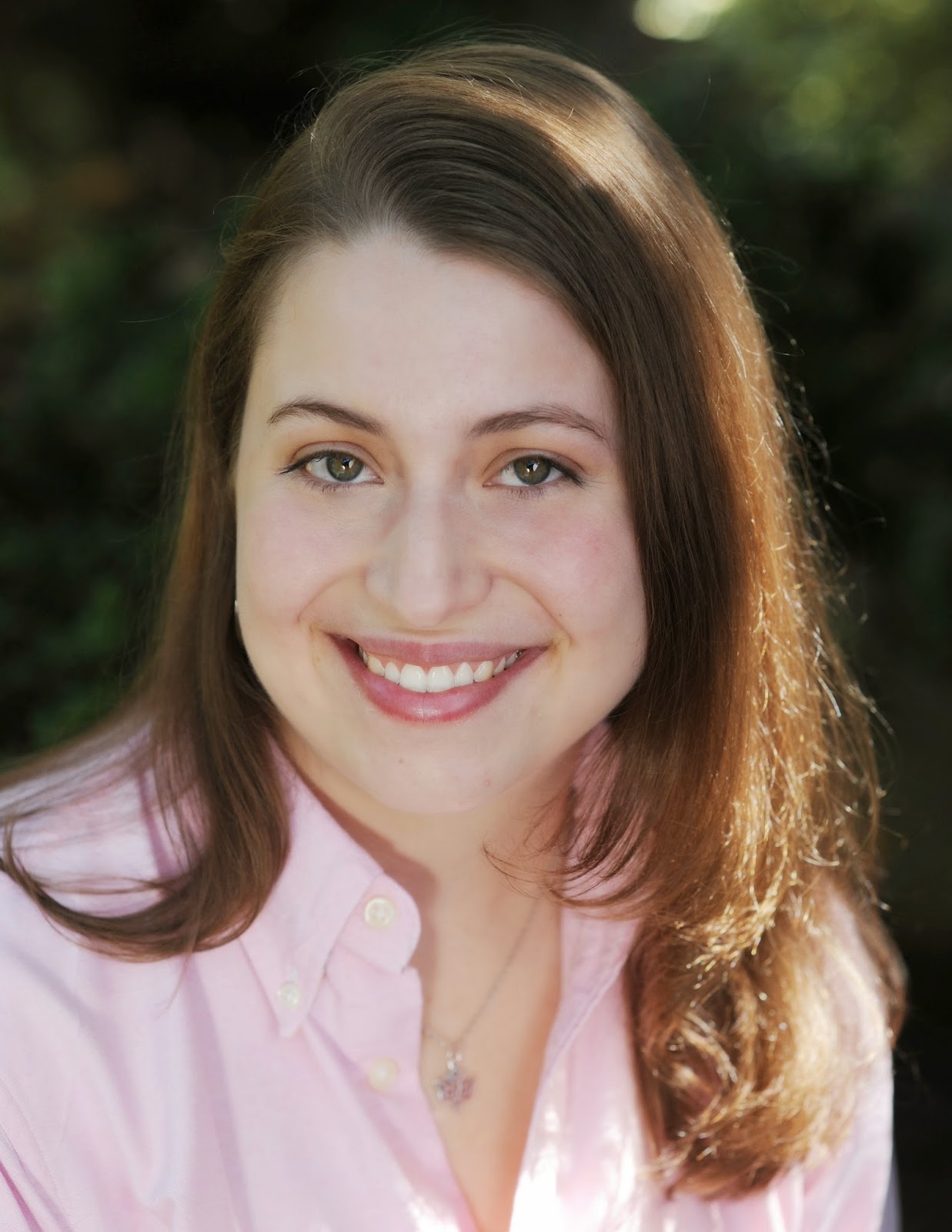 About Shelby: Shelby Bach was born in Houston, Texas and raised in Charlotte, North Carolina, but while writing the ever afters, she moved almost as many times as her main character. She came up with the idea for the series right before she left New York City, and she finished the first book, of giants and ice, in Montana—the second, of witches and wind, back in Charlotte. Driving up the West Coast to research the settings for the third book, of sorcery and snow, Shelby fell in love with Portland, Oregon and settled there. She would love to set up a Door Trek system in her apartment to visit her family and friends around the country, but she makes due with much slower and less fictional transportation. These days, while finishing up the fourth and final book, she also works part time for a real-life afterschool program. It is strangely similar to the one where her stories are set—except the students study math instead of fairy tales. What Fairy Tales Taught Me About Plot
By Shelby Bach

I love adding new characters, and I especially love giving a side character a strong subplot of their own. Of course, this enthusiasm led to several unruly early drafts of my first novel, Of Giants and Ice, and as an inexperienced novelist, I spent weeks overwhelmed by the number of plot threads I was failing to keep straight and develop effectively. Somewhere around draft number five, I started to use the Rule of Threes to help me structure each of the story arcs. It was a good decision—both for my book and for my sanity.

The Rule of Threes is usually explained as a pattern that occurs three times, which happens a lot in fairy tales. In some, these repetitions occur in just one section: for instance, at the end of “Cinderella,” three people try on the glass slipper the prince is carrying: the two stepsisters and Cinderella. Sometimes, these repetitions make up most of the fairy tale: for example, Jack climbs the Beanstalk three times.

I took a fairy tale course in college that analyzed the Rule of Threes in more detail. (Believe it or not, this was one of the hardest classes I ever took at Vassar. Professor Darlington was a stickler for structure and precision in every paper. My grades suffered, but my writing improved.) First of all, plain repetition gets pretty boring, so our class examined what the three instances actually achieved within the fairy tale: the first one describes the process of actually climbing a beanstalk and sneaking around a giant’s house. The second instance establishes what part of that process is a pattern: Jack climbs the beanstalk again but steals a golden goose from the giant instead those gold coins. (It’s usually the shortest passage.) The third instance, however, breaks with what was established with the first two occurrences and leads to some sort of big change: the giant notices Jack stealing his harp and chases him down the beanstalk. Describing just one trip up the beanstalk would have made a fun story, because the first two instances establishes certain expectations, Jack’s third trip has a bigger impact.

Limiting myself to three occurrences helped me tame the plot threads in Of Giants and Ice. It also forced me to make sure every scene in a certain arc served a purpose. An almost spoiler-free example is the subplot around Rory’s dad. Her parents are divorced, so readers don’t actually see her father in person in Of Giants and Ice. Rory does, however, speak to him on the phone—exactly three times. During the initial call, Rory’s father, a Hollywood director, invites her to a shoot in England during the summer. Rory knows immediately that she doesn’t want to go (he barely pays any attention to her while he’s filming a movie), but afraid of disappointing him, Rory tells him she’ll think about it. Her father doesn’t listen well—he starts telling her all about the actress he wants her to meet when they’re in England. This leads to her mother stepping in and Rory’s parents fighting. The second call takes place a few weeks later. Rory tries to talk to her father about something completely different, but he asks her when her school lets out—he wants to book her flight. She reminds him that she hasn’t made up her mind up and quickly ends the call before her mom can step in again. That’s a tiny step forward—she avoids a fight between her parents, but she still isn’t honest. The third call takes place after Rory has come back from her quest. She discovers from the tabloids that her father has started dating the actress he wanted her to meet in England, and Rory calls him up and tells him that she won’t go on the trip with him. Then she explains exactly how much it upsets her that she had to find out about his new girlfriend from an outside source. Because readers have seen Rory struggle to be honest about her feelings in the previous scenes, her strong stance in the final call has more oomph.

This isn’t much different from most goals in fiction—to show how conflict has changed our characters—but the Rule of Threes was a helpful way to think about it, especially when working with an overwhelming amount of plot threads. As I mentioned earlier, the Rule of Threes was most helpful during the revision process—conscious repetition is easier to develop when you have a whole plot to work with. It’s also easier to recognize where plot threads intersect. In my second novel, Of Witches and Wind, I challenged myself to take several story arcs and see how many third instances I could pack into one scene. It tightened the book’s pacing and gave the ending a way more epic grand finale.