So You're Looking for Books to Read This Summer 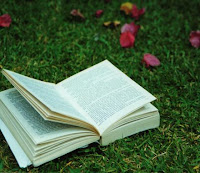 It's summer! Which means a lot of my friends on Facebook have been asking for summer reading suggestions. After answering this question multiple times over the past few days, I decided to share my ideas on my blog. I think summer is a great time to find something new or catch up on those books you've been meaning to read. But the key thing to summer (or really anytime reading)-read what you enjoy. This list is mostly MG and YA (because hey, that's what I read!) with a few adult suggestions thrown in. This is pretty much made up off the top of my head from books I've read and enjoyed (or had teens read and enjoy) and based on suggestions for genres I've received from friends. Some are old, some are new, but they are books that are in my librarian suggestion arsenal. And if you want to check out audiobooks this summer, (which I highly recommend!) check out my post on getting started with audiobooks.

Please add your own suggestions below!

You Liked The Hunger Games (or like Science Fiction)
-Ashes by Ilsa J. Bick
-Eve by Anna Carey
-Matched by Ally Condie
-Wither by Lauren DeStefano
-Among the Hidden by Margaret Peterson Haddix
-The Giver by Lois Lowry
-Legend by Marie Lu
-Life As We Knew It by Susan Beth Pfeffer
-Across the Universe by Beth Revis
-Divergent by Veronica Roth
-Glow by Amy Kathleen Ryan
-Unwind by Neal Shusterman
-Blood Red Road by Moira Young

From Mr. GreenBeanSexyMan:
Ranger's Apprentice by John Flanagan
-The Hound of Rowan by Henry H. Neff
-The Secrets of the Immortal Nicholas Flamel by Michael Scott
-The Amulet of Samarkand by Johnathan Stroud

You Like Fairy Tales (because they are just so popular right now!)
-Sisters Grimm by Michael Buckley
-Entwined by Heather Dixon
-A Tale Dark and Grimm by Adam Gidwitz
-Enchanted by Alethea Kontis
-Cinder by Marissa Meyer
-Princess of the Wild Swans by Diane Zahler

You Like Historical Fiction
-A Northern Light by Jennifer Donnelly
-The Luxe Series by Anna Godbersen
-With a Name Like Love by Tess Hilmo
-Gilt by Katherine Longshore
-May B by Caroline Starr Rose
-Between Shades of Gray by Ruta Sepetys
-Okay for Now by Gary D. Schmidt (also read The Wednesday Wars-both are fantastic!)

You Like Mysteries
-Chopsticks by Jessica Anthony
-White Cat by Holly Black
-The Name of the Star by Maureen Johnson
-A Spy in the House by Y.S. Lee
-I Hunt Killers by Barry Lyga

You Like Contemporary
-Hate List by Jennifer Brown
-Carter Finally Gets It by Brent Crawford
-If I Stay by Gayle Forman
-The Fault in Our Stars by John Green
-Please Ignore Vera Dietz by A.S. King
-Sean Griswold's Head by Lindsey Leavitt
-Amy and Roger's Epic Detour by Morgan Matson
-Anna and the French Kiss by Stephanie Perkins
-Boy21 by Matthew Quick
-The Cardturner by Lois Sachar
-The Day Before by Lisa Schroeder
-Something, Maybe by Elizabeth Scott
-The Final Four by Paul Volponi
-Where Things Come Back by John Corey Whaley
-All These Things I've Done by Gabrielle Zevin (dystopian future but more contemp than dystopian)

Adult Lit
-P.S. I Love You by Cecelia Ahern
-Garden Spells by Sarah Addison Allen
-Her Royal Spyness by Rhys Bowen
-Something Borrowed by Emily Giffin
-The Lock Artist by Steve Hamilton
-Girl in Translation by Jean Kwok
-What Happened in London by Julia Quinn

From Mr. GreenBeanSexyMan
-Wizard's First Rule (Sword of Truth Series) by Terry Goodkind
-Game of Thrones (Song of Fire and Ice Series) by George R.R. Martin
-The Way of Kings by Brandon Sanderson