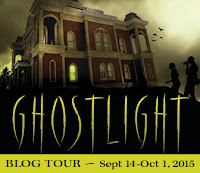 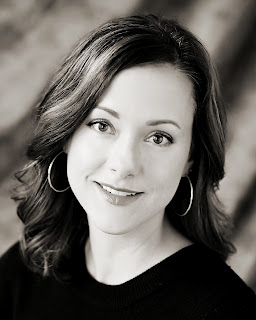 Growing up is scary and painful, and violent, and your body is doing weird things and you might, to your great horror, become something beastly and terrible on the other side.

Every day young people deal with horror landscapes, both physical and psychological. They face the gauntlet-like labyrinth of school hallways, and the confinement of overcrowded classrooms. They defend against emotional and/or physical bullying, all while feeling haunted by the “stupid” things they’ve said or done. In fact, young people often feel downright monstrous—their bodies are changing too quickly, or not quickly enough, their emotions are fraught with ups and downs, and the world just doesn’t make sense.

I know all this from having been a teenager, and also from having taught young people for ten years. These experiences have somehow led me to write a certain kind of horror.

A lot of horror is about gore, grotesquery, and jump scares—and there’s a cathartic benefit to that experience. I try to write the horror of mystery and dread. Gothic horror is all about dealing with extreme transitions, facing the uncanny, and acknowledging repressed emotions that insist on spilling out against your will. I write this sort of horror for the apprehensive teen that still lives inside me. Mostly I just wish to entertain, but I can’t help hoping that teen and tween readers will recognize parts of their own experience, see themselves in the protagonists who overcome their fears, and somehow feel less strange and alone.

About the Book: Things that go bump in the night are just the beginning when a summer film project becomes a real-life ghost story!
Avery is looking forward to another summer at Grandma’s farm, at least until her brother says he’s too old for “Kingdom,” the imaginary world they’d spent years creating. Lucky for her, there’s a new kid staying in the cottage down the road: a city boy with a famous dad, Julian’s more than a little full of himself, but he’s also a storyteller like Avery. So when he announces his plan to film a ghost story, Avery is eager to join in.Unfortunately, Julian wants to film at Hilliard House, a looming, empty mansion that Grandma has absolutely forbidden her to enter. As terrified as Avery is of Grandma’s wrath, the allure of filmmaking is impossible to resist.As the kids explore the secrets of Hilliard house, eerie things begin to happen, and the “imaginary” dangers in their movie threaten to become very real. Have Avery and Julian awakened a menacing presence? Can they turn back before they go too far?