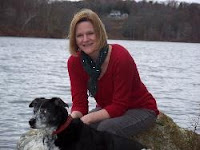 Please welcome Diane Zahler to GreenBeanTeenQueen! Ms. Zahler writes awesome fairy tales for tween readers! Check out my reviews of A True Princess and Princess of the Wild Swans.

Why do you write for tweens?

That’s the time I remember most vividly from my own past. Not necessarily in a good way, but very intensely. And that was when books meant the most to me. Fairy tales and fantasies were a cherished escape, and realistic stories (I liked the ones about outsiders, like Harriet the Spy and A Wrinkle in Time, best) helped me understand that I wasn’t alone in the way I felt. I hope that my books can do a little of that for readers too.

A Wrinkle in Time is  one of my favorite books-I adored it as a tween! If you could live in a fairy tale, which one would you choose?

You really have to pick carefully. A lot of the original versions are incredibly grisly (Cinderella’s stepsisters cut off their toes to fit into the glass slipper and have their eyes pecked out by birds; Snow White’s stepmother is forced to dance in white-hot shoes). Still, I’ve always loved “The Twelve Dancing Princesses.” The idea of twelve sisters who dance with handsome princes every night…well, if you ignore the fact that they’re dancing to their deaths, it’s very romantic. And they always wear such great dresses in the illustrations.

Very true-you do have to be careful! Fairy Tales seem to have become increasingly popular-in TV (with shows like Once Upon a Time) and books, especially for MG and YA readers. What do you think the appeal of fairy tales is that makes them so popular?

Fairy tales are so universal. Many of them started as oral tales that helped to explain or elaborate on people's most basic fears and desires. Readers recognize their own feelings when they read, even hundreds of years after the original stories were written down, and even in their retold forms or on television. They’re still about the fear of abandonment, the desire to win the beloved or complete the quest, the battle between good and evil.

Great point-so many fairy tales have good and evil at their core, which so many stories are all about. Who is your book crush (from childhood or current crush)?

Aragorn, from Lord of the Rings. Isn’t he everyone’s book crush? Even in his Viggo Mortensen guise he works for me. And the wizard Ged in Ursula LeGuin’s Wizard of Earthsea trilogy. Do we see a pattern here? Fantasy rules!

Fantasy does have some very crushworthly boys! I love Aragorn too! Thanks for stopping by Diane!