It's So Hard to Not Talk About Books!!-or my committee year so far 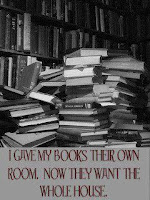 As many of you know, I am serving on the 2013 Printz Committee, which means no YA reviews from me this year. I can't talk about YA books unless it's with my committee members, which I'm sure you can guess is really hard! But I thought I would share a little bit about my committee experience so far-and hopefully share advice for those you wanting to be part of a committee in the future.

-People in the YA book world know about the Printz Award. People in the non-bookish world or adult bookish world know about Caldecott and Newbery, but not the Printz. This is somewhat understandable-the award is a fairly new award. The first Printz Award was given in 2000, so it only has twelve years under its belt. What that means though is that we need to do our work to promote this award! Not just the committee members, but librarians, readers, teachers and bloggers. We need to spread the word. Read the books, recommend them to others, blog about them, use them in the classroom, make a display at the library. Share the love!! There are some amazing books that have won Printz medals and they need to be shared!

-I've also noticed that people in the book and library world don't know about the Printz Award-or if they do, it's not given the respect of the Caldecott and Newbery Awards. Again, I think this is partly due to the age of the awards. One of my goals while I'm on the committee is to teach my library staff about the award and bring awareness to all the ALA awards. People may know of the awards that are given, but so many seem to get lost in the shuffle and aren't recognized outside of the kidlit and YA world. The more we can do to highlight these awards will help in getting them the respect they deserve. They are prestigious awards that need to be noticed! I would love any ideas others might have on how we can bring these awards into the forefront of the book world.

-You don't have to be an ALA member to nominate a title. (OK, yes I knew that before this year, but it's still worth repeating!!) If you read a book this year that you think the committee needs to take a look at, nominate it! The Printz nomination form is on the YALSA site and doesn't take long to fill out. Don't worry about making it sound all professional and critical. Just write why you think the book should be considered in your own words. Nominations are open for several of the YALSA awards-you can find the entire list of nomination forms on the YALSA site. So nominate away!

-There is a lot of reading. It's a lot of work. Yes, I know that sounds like a no-brainer. I mean, you're serving on a committee that is charged with reading a lot of books. But as much as you hear it from everyone, I don't think it really hits you until it starts happening to you. Until you start checking the mailbox and see towers of books. My advice? Be prepared. Clear out a space for your books. Use a sorting system or a labeling system. This helps A LOT when you're trying to organize your books. And really, who better to organize their books than librarians? You know we've all got organization systems happening for everything we read.

-Make sure you take a break. It's easy to start to feel overwhelmed and stressed, so make sure you take time to do other things besides read. And don't neglect your husband or your dogs-they won't like that very much.

-Have fun and enjoy every moment. This is your year to make one of your professional dreams happen and make sure you take time to savor the good moments!