Band Geeked Out by Josie Bloss
Release Date: April 1, 2009
About the Book: (From Amazon) Senior year is here, and trumpet goddess Ellie Snow is facing her toughest decision yet. When she gets accepted to an all-girls college out east (which doesn’t have a marching band), Ellie’s lock-step life and future plans are thrown totally out of sync. Confusion abounds when she visits the beautiful campus and meets Alex, a girl who’s free and fun—and completely unlike anyone she’s ever known.
Will Ellie trade the familiar safety of home and her cute sophomore boyfriend, Connor, for the cool newness of . . . something else?
GreenBeanTeenQueen Says: I reviewed Band Geek Love back when it came out and loved it. As a choir person and friends with many band geeks, I could relate. I'm excited to read more about Ellie.
Thirteenth Child by Patricia C. Wrede 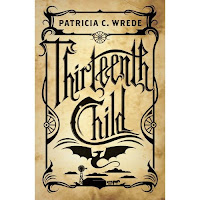 Release Date: April 15, 2009
About the Book: (From Amazon) Eff was born a thirteenth child. Her twin brother, Lan, is the seventh son of a seventh son. This means he's supposed to possess amazing talent -- and she's supposed to bring only bad things to her family and her town. Undeterred, her family moves to the frontier, where her father will be a professor of magic at a school perilously close to the magical divide that separates settlers from the beasts of the wild.
With wit and wonder, Patricia Wrede creates an alternate history of westward expansion that will delight fans of both J. K. Rowling and Laura Ingalls Wilder.
GreenBeanTeenQueen Says: Ok, the idea that this is Harry Potter meets Little House is interesting enough for me to give this one a try. Plus, I just started listening to Patricia Wrede's Dealing With Dragons and it's lots of fun! 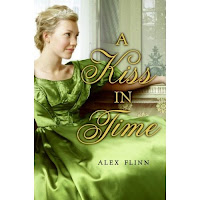 A Kiss in Time by Alex Flinn
Release Date: April 28, 2009
About the Book: (From Amazon) Talia fell under a spell . . . . Jack broke the curse.
I was told to beware the accursed spindle, but it was so enchanting, so hypnotic. . . .
I was looking for a little adventure the day I ditched my tour group. But finding a comatose town, with a hot-looking chick asleep in it, was so not what I had in mind.
I awakened in the same place but in another time—to a stranger's soft kiss.
I couldn't help kissing her. Sometimes you just have to kiss someone. I didn't know this would happen.
Now I am in dire trouble because my father, the king, says I have brought ruin upon our country. I have no choice but to run away with this commoner!
Now I'm stuck with a bratty princess and a trunk full of her jewels. . . . The good news: My parents will freak!
Think you have dating issues? Try locking lips with a snoozing stunner who turns out to be 316 years old. Can a kiss transcend all—even time?
GreenBeanTeenQueen Says: I loved Beastly, so I'm excited to see Alex Flinn writing another fairy tale. Sleeping Beauty is one that deserves to be turned upside down, and I'm eager to see how she does it. Plus, I'm totally lusting over that cover!