Margaret Stohl & Kami Garcia are the authors of the Beautiful Creatures series, which I've read and reviewed here at GreenBeanTeenQueen. The latest book, Beautiful Chaos, is coming in October! Can't wait until then? Check out Dream Dark, an e-book story. 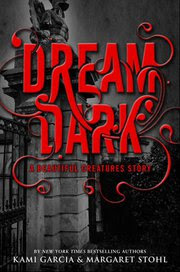 Kami and Margaret have always been great about reaching out to their fanbase and connecting with readers online and at book events. Recently, Big Honcho Media hosted an author chat and I was lucky enough to find out more about the lit fest they are planning.

Ms. Margaret Stohl: Charleston is our adopted home, as I said. We take every opportunity to go there. The writers we've already spoken to have started calling it Pie-Con, like Comic-Con but about pie, 'cause that's really our feeling on it.

Ms. Kami Garcia: Everything to Margie is about pie.

Ms. Margaret Stohl: I think everything boils down to food in one way or another. That's probably why there is so much food in the book.


We wanted to share Charleston with the writers we love, and we wanted to share the writers we love with the readers in the South. The South has a great literary tradition, but they don't get great access often to a lot of the YA community.
And that was a goal we share with the founder of Blue Bike Books, Jonathan Sanchez, who's a writer himself. And he was very involved with the Capital Book Festival, which is on hiatus this year. And this was sort of a shared dream of his and ours.

We have been really overwhelmed with both the reader response and the author response and the support we've gotten from the city of Charleston, all the writers, and all the readers. So, we're hoping for a really big turnout. We have some great writers. And we are going to be making those announcements on Twitter and Tumblr.

Ms. Kami Garcia: Yeah, every two days on the Tumblr you'll see another writer added and it will build up, hopefully, until the whole lineup will be up there.

Ms. Margaret Stohl: I was on the phone this week with Jonathan hearing about the bands, the live music, the food trucks and the sponsors, and, of course, the pie sponsor and everything. It's going to be over the top. So, I'm really excited. As David Levithan said, "You had me at Charleston."

It sounds so awesome, doesn't it? I wish I could go! Of course, I had to also find out about what books they were looking forward to or had read recently.

Ms. Margaret Stohl: That's always a really good question. We both have a lot of favorites that are sort of the YA classics from the past. I was just rereading Diana Wynne Jones' Chronicles of Chrestomanci. I really see her as the forerunner to Harry Potter. I like kind of hard-core adult full-time fantasy fantasy.

But, I also love, as Kami does, Holly Black. I love everything she comes up with. I was really interested in Graveminder that just came out from Melissa Marr. I thought that was an interesting new direction.

I read more contemporary fiction than Kami does. I really like Holly Goldberg Sloan who wrote I'll Be There. It's one of my favorite books of this year. And I always look forward to seeing what Gayle Forman and Ally Condie will do. Kam?

Ms. Kami Garcia: I also love Holly Black, in particular her new series which is the Curse Workers. And I love Ally Condie's Matched and Crossed, which is not out yet, but the AREs are out.

And I love a book that just came out called The White Crow, which Marcus Sedgwick wrote, who also wrote Revolver. He's British. I love Victoria Schwab's The Near Witch that I think just came out literally days ago. Sarah Rees Brennan's whole Demon Lexicon series is awesome.

There are too many books. All of our friends--Melissa de la Cruz also wrote a crossover adult novel, The Witches of East End.

Ms. Kami Garcia: I don't think I'm grown up enough to write an adult novel. So, when I read Graveminder and I read that book, it impressed me to see people who can write both so well.

Ms. Margaret Stohl: And I’m reading The Magician King, which is so good by Lev Grossman.

Ms. Kami Garcia: Well, I won't tell you what I’m reading until later as a surprise or the interview would be over, because Margie would come over to my house.

I'm sure you guys do this too as bloggers and people who run book sites. We're always getting different ARCs or different books and trading them. I haven't read Holly Goldberg Sloan's yet, and I'm dying to.

I don't read as much contemporary as Margie does. I read mostly urban fantasy and nonfiction and high fantasy. But, I like buzz books. I loved Paper Towns. I just am not as well read in that genre as Margie is. So whenever she tells me that there's a really good contemporary book I always want to get my hands on it, 'cause she hasn't been wrong yet.

Ms. Margaret Stohl: I'm really partial randomly to witches the way some people are to vampires.

Ms. Kami Garcia: Yeah, me too. I love witches.

Ms. Margaret Stohl: I find myself just reading witches when I'm really just looking for what to do. That's what I return to. I don't know why.

Ms. Kami Garcia: Because they're magical and they can do all different kinds of magic, which is always cool. There are different witches depending on whose witches they are.

I also heard that they're doing a Witches movie based on the Roald Dahl book, Marg, that the kids love.

Ms. Margaret Stohl: That would be great.

GIVEAWAY:
-One Winner will recieve Signed copies of Beautiful Creatures and Beautiful Darkness
-Open to US Shipping Address only
-Open to ages 13+
-Ends August 28 at midnight, CT